This is an overview of the features and changes added in the latest version of Nerve. For an extensive list of all changes, refer to the release notes. For more details on each feature, follow the links after the feature descriptions.

The workload version configuration screens have been improved for all three workload types. Settings are now split into tabs, offering improved readability and usability. The content of the tabs depends on the workload type. 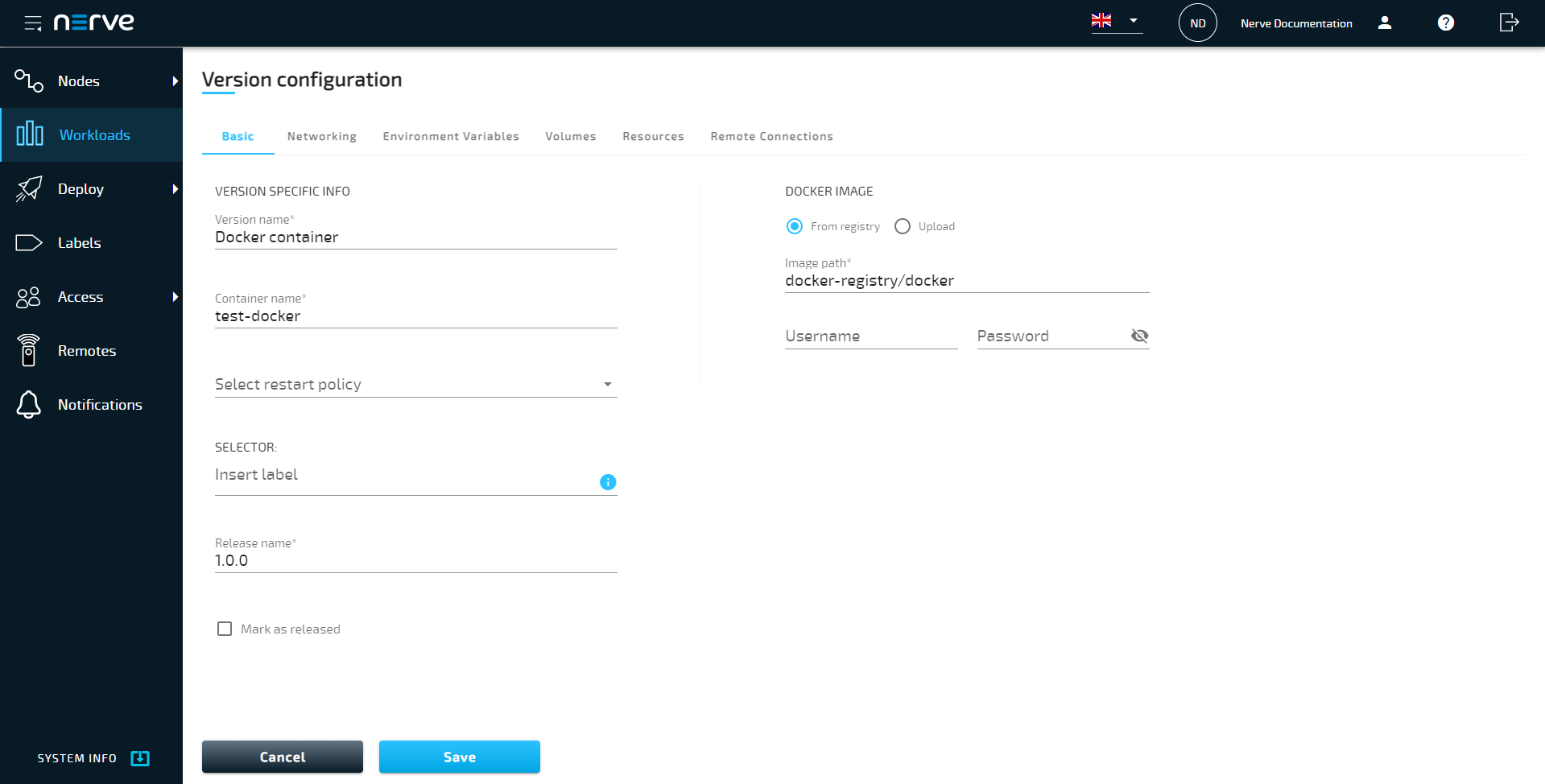 Refer to the workload settings of each workload type for more information: 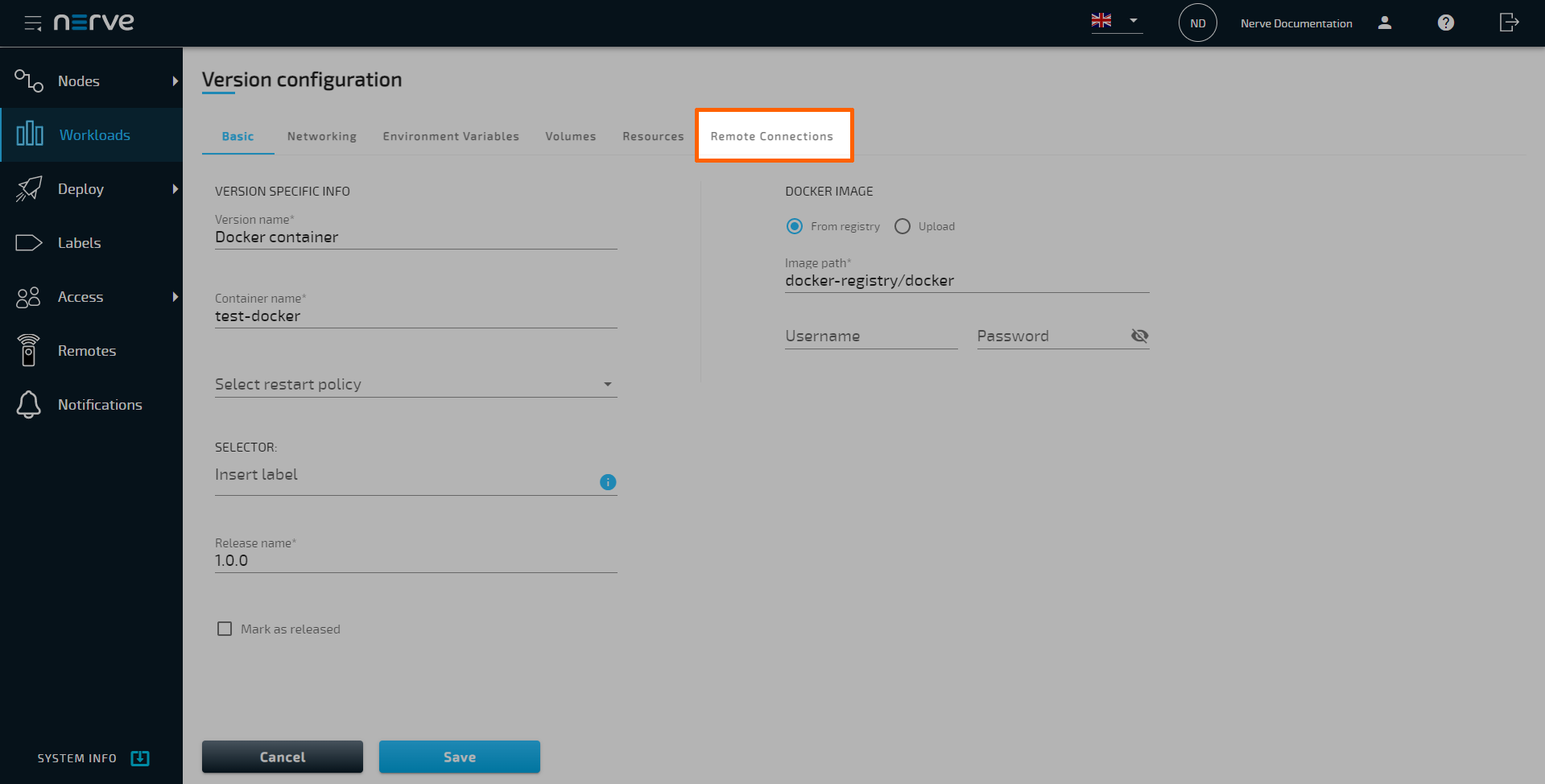 Buttons, graphs and information have been rearranged in the node details screen with the aim to increase readability and usability. In addition, a new view for deployed workloads on the node has been added. All deployed workloads can now be viewed in table view, offering basic information about the workload in addition. Note that the new table view is set as the default view for workloads. If desired, the tile view can be toggled with by selecting the corresponding symbol on the right side. 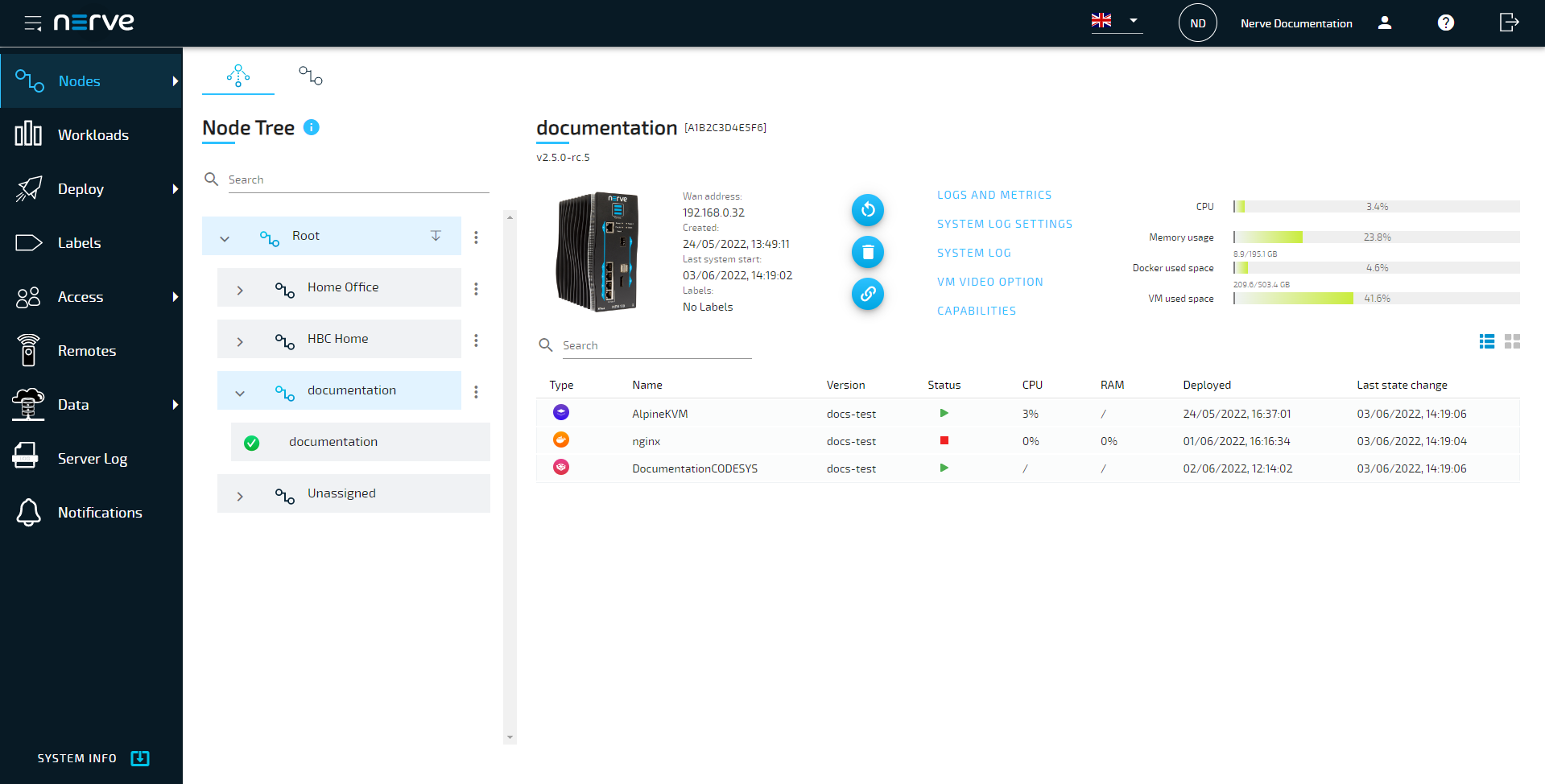 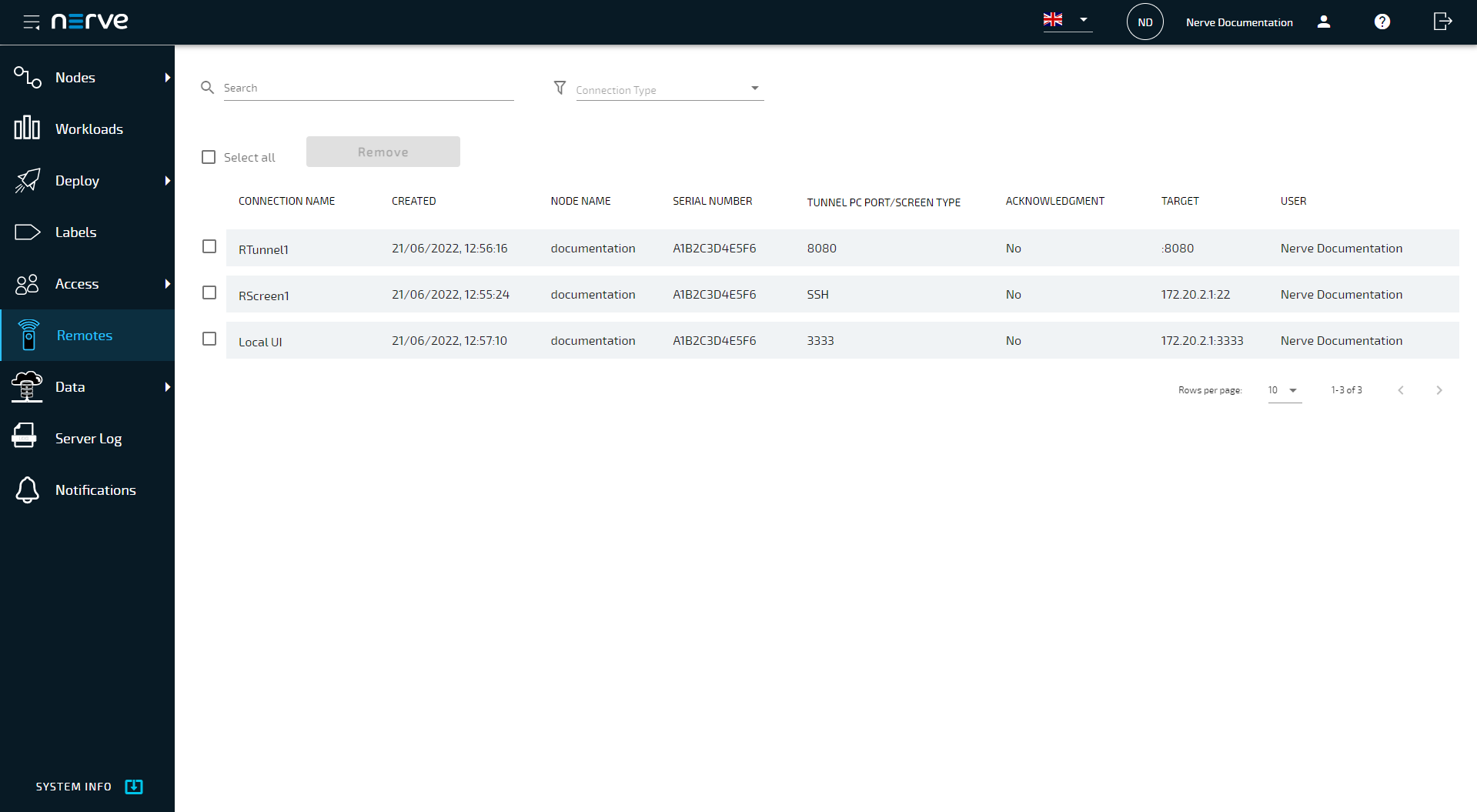 In version 2.5.0, the logging and monitoring backend has been migrated from the Elastic Stack to OpenSearch. However, there have been no changes when it comes to functionality or UI, so the features can be used as before.

Rebrowsing of the address space for OPC UA Client

Periodical rebrowsing to detect changes in the address space of an OPC UA server has been added to the OPC UA Client input of the Gateway. The time interval can be defined in the input settings.

OPC UA Client as an output

OPC UA Client has been added as a new output format to the Gateway in the Nerve Data Services.